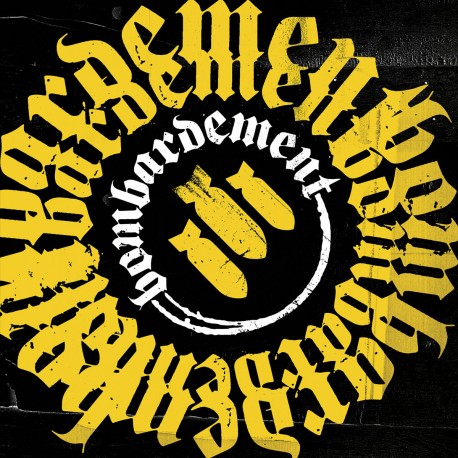 A glint of steel and a flash of light! Hiding underground since their 2016 demo, Bordeaux' own defenders of the d-beat faith Bombardement have been leaving a trail of destruction that's second to none. Pounding the world like a battering ram and deadly as a viper, their debut LP races through 8 new tracks at breakneck speed with high octane. You're in for surprise, you're in for a shock. There's many who tried to prove that they're faster but they didn't last and they died as they tried. Rock hard, ride free: some heads are gonna roll! (Juka Priest)

500 copies with Die-cut hole on Frontcover