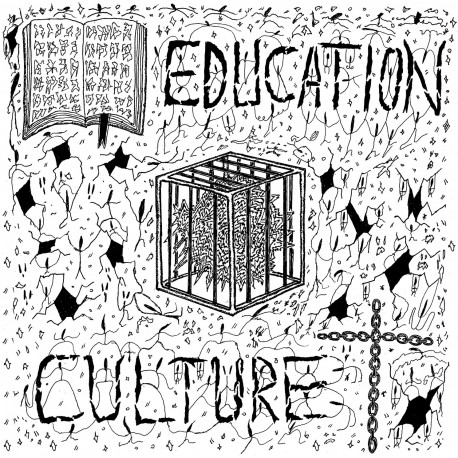 Stepping forward out of the dark shadowed streets of Rome, EDUCATION unleash their first vinyl recordings to the world.

After a fantastic demo in 2018, they've built on that and produced an even better set of songs for their first vinyl outing.

Bass led riffs interspersed with almost ethereal lead guitar licks help to create a wall of sound that's amazingly catchy whilst remaining dark and full of anger.
This is almost a concept record as the majority of the songs revolve around the prison-like school system we've all suffered in the past.

Comes housed in a silk screened card cover with surreal artwork by Francesco Mapelli and a double sided lyric insert.