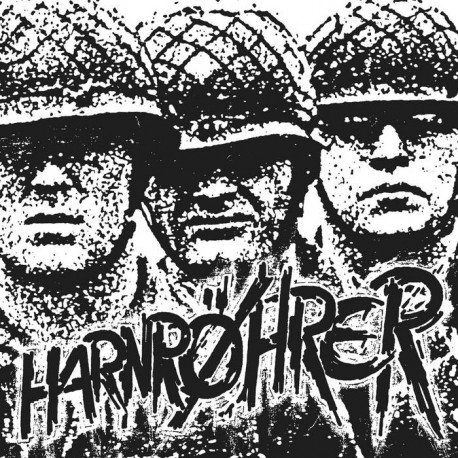 Reissue of their only 7" released in 82, West-German Punk-band from the city of Freiburg (Baden-Württemberg), active from 1980 until 1983.

Sorry State says :
This record looks like it could have come from Copenhagen in the early 00s, but it’s a reissue from 1982 Germany. Like the Honkas EP that Static Age has also reissued, Harnröhrer play tough and grimy punk that sounds like it’s crawled out of the gutter just to knife you. Whereas the Honkas EP is left-of-center, Harnröhrer is all power with big, clear production and a beefy sound that leaps out of your speakers. The sound is still mid-paced, tough punk, but the chord progressions are dark and there’s simple but haunting lead guitar that reminds me of gloomy 80s California punk like Agent Orange or early Social Distortion. That I’m still discovering things this good after listening to punk for 25 years is a signal that the well may just never run dry.