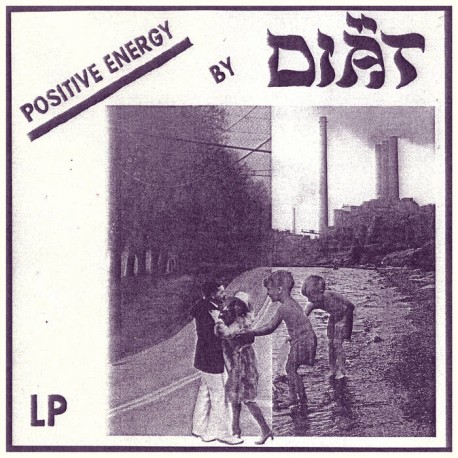 Brought together by a shared enthusiasm for bleak UK punk and a history of playing in hardcore bands, Berlin based DIÄT have created a sound that they have described, perhaps not entirely seriously, as ‘tough new wave’. Fans of Crisis, Killing Joke and The Mob should be pleased by the band’s unlikely synthesis of depressive drift and cranked, accelerated energy. Their debut LP, ‘Positive Energy’, will be released this Fall on Iron Lung Records in the US and Adagio830 in Europe. Recorded last Winter while huddled in a practice space overlooking the industrial landscape of frozen East Berlin, the album finds Diät reining in the threads of malignant enthusiasm still peppered throughout their earlier recordings to focus on the cynicism and dejectedness that binds them as a band. Intending to create an album that showcases each song individually and plays out like a mixtape, Diät have boldly attempted to create a sound of their own - the sound of checking your account balance to see if you’ve been paid yet…but you haven’t.