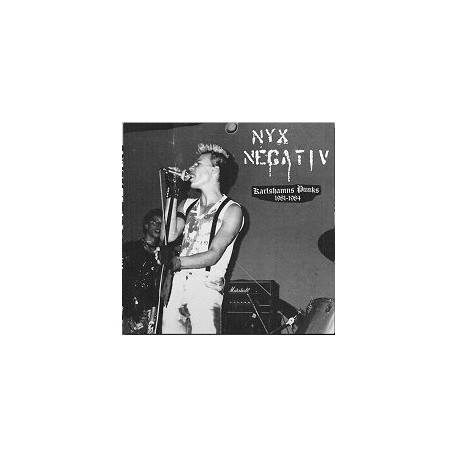 Another Swedish punk gem brought back to life by your FOAD maniacs!! Formed in 1980, after a few line-up changes NN quickly headed to a much rougher direction turning their sound into a manic raw punkasfuck barrage. Complete discography compiling all their existing recordings also including the rare "No morals" 7" never reissued up to now!
25 songs including: - Demo 1983 / - "No morals" 7" (1984) / - Songs from "Rockslaget" v.a. 3xLP (1982) / - Live 1983 / - unreleased track
..from classic two-fingers-in-the-air punk to a faster Swedish hardcore approach! 24 page A4 book with liner notes, scans of the original releases and of the fanzine styled booklet that came with their demo 1983. Solid black vinyl limited to 250 copies.