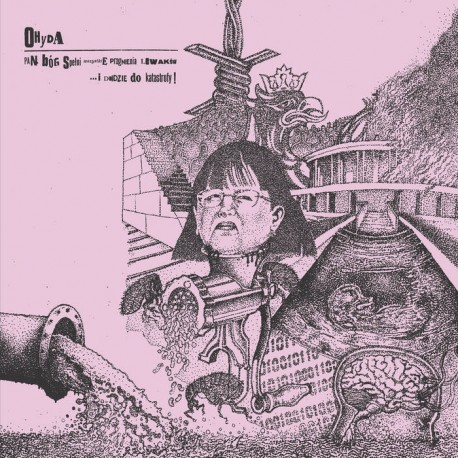 Hurtling out of Lesser Poland full of indignant rage and armed with defiant conviction come Lublin’s OHYDA with a third LP that puts Kaczyński and his PiS cronies to shame. The legacy of Polish forefathers DEZERTER lurks behind razor-sharp riffs and tightly-wound drums, but this record is no mere exercise in homage paying. Where other efforts may hide behind prescriptive cacophony, OHYDA leap out from the dark with a sound that is both cleaner and more considered while somehow remaining belligerently heavy and grotesque. Such is the catchiness that loiters beneath the swell of this tortured LP you might even pick up glimmers of TZN XENNA’s 1985 7” Dzieci z Brudnej Ulicy. Right-wing populists and pro-lifers are amongst the victims who are dressed down with both fury and absurdity. There’s also an entire tune that goes after Kaja Godek, which deserves a round of applause in itself. The band’s best work to date. (Christopher Dodd)