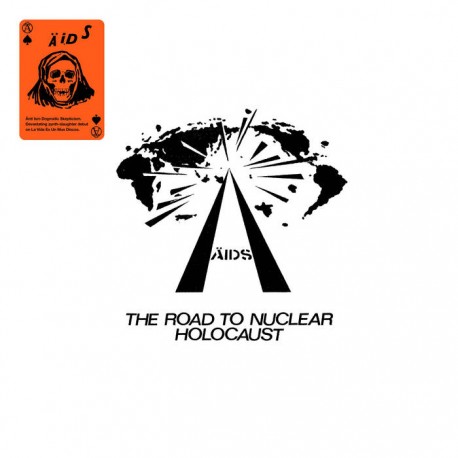 Death is raining upon us.
Once again the banality of evil is plowing through lives and land.
It comes in the shape of man, a mushroom cloud in trousers.

What was first an artistic experiment, investigating childhood fears.
The dark cloud on the horizon. Looming over us always.
Became reality.

These six tracks are instruments of terror.
Focusing on the inhuman barbarism of humanity.
Deafening, blinding, four minute-warnings of heavy electronic mayhem.

Programming the synths like Stalin’s organ.
Causing radiation sickness.
Sonic assault of the mind and body.

Hear the siren songs. Sex on red alert.
Beware and behave.
The Road to Nuclear Holocaust has never been closer.