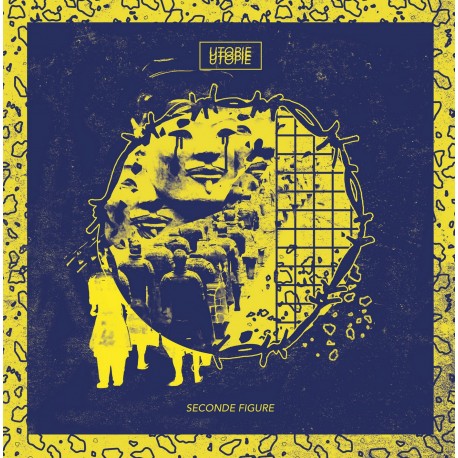 2 years later a well-acclaimed demo cassette in France, UTOPIE, Cold Punk from Lille, have a first 6 track MLP "Seconde Figure" out now on wax that reflect well  the dark urban-sounding atmospher of their city's life. A perfect soundtrack for a cold night walk in the streets, kick some garbage cans, skip the cops and graffiti the dirties wall of your ghost town!!