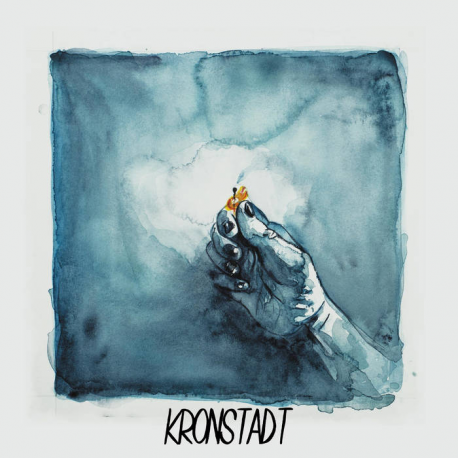 Here we go again with a band from Lille, risen from the still burning ashes of TRAITRE, KRONSTADT is a new band from this really active punk scene. The ease option would be to compare them to their previous band but we won't. KRONSTADT offers some great punk-rock, heady and melancholic but also straightforward and catchy. A bunch of French punk bands from the 80's may come to mind while listening to this as well as more recent stuff but don't get wrong, KRONSTADT is nothing else but KRONSTADT. This 12" gathers anger, disobedience and urgency. KRONSTADT is also a band which succeeds at this hard task which writing french lyrics. This is a corelease with Une Vie Pour Rien, Senseless acts of Anger and Les Âmes d'Atala.