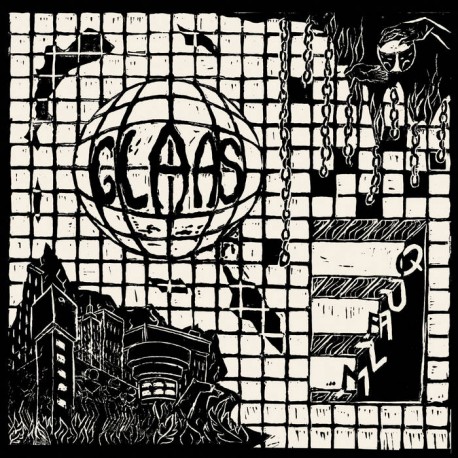 "A gang of stylish demons discover a wild animal pacing around a Berlin cellar, wearing only a hawaiian shirt and someone else’s blood. He doesn’t know what day it is, just that he went to a party several months ago and hasn’t been to sleep since. They lovingly rescue and rehouse the wretched creature in a glaas box where he’s content to howl his paranoid chants all day for their entertainment and now ours. This debut lays out a mangled inventory of fractured memories, haunted visions of broken people and places making a sacred ritual out of ruining themselves. These are hymns to so many nights gone so far wrong, from the graveyard sex to the extra bump you might have resisted had the urge to feel something not overtaken you… Employing an elevated and reinvigorated version of the ‘modern post punk with anarcho flourishes’ mode, with whirring synthesisers and creepy keys signpost into even more disorienting territory, GLAAS create a creepy and compelling soundtrack to the romantic nihilism of urban decay: disturbing lifestyle choices but make it sexy."

Featuring members of Clock Of Time, Exit Group, Cage Kicker, Idiota Civlizzatto, Lacquer and more. This is the debut LP from GLAAS.