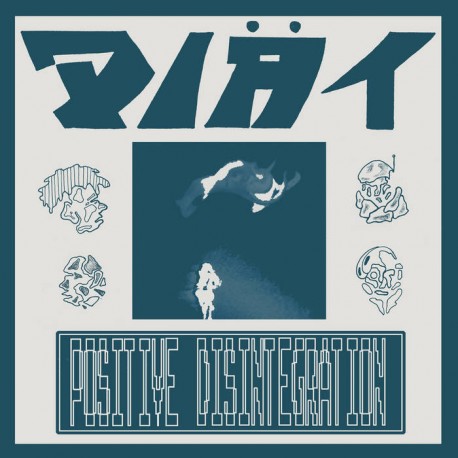 Positive Disintegration was DIÄT’s sophomore album in which they expanded their post punk to a new pop level, reaching their songwriting peak. The DIÄT sound builds upon the FALLOUT/ SIX MINUTE WAR / CRISIS skeletal sound, adding muscular marching drums and sparsely used synths and drums machines. Their trademark dead-pan vocals are at the centre of the mix, narrating the inane existence of a soul under the dreads of late capitalism. Questioning your own existence in a sea of depression, low-paid jobs, borders, information, lack of sleep, and a fast moving world that threatens to leave you behind. All too familiar.

Positive Disintegration was originally released in 2019. Re-released with a totally new mix in time for DIÄT’s rare appearance at Static Shock Weekend in London. Marking the 10 years since their first London show. Remastered by Guitarist Tobias Lill at Dong Xuan Productions, the new edition sounds deeper and highlights many parts of the album buried in previous editions, breathing new life to it.

This edition keeps the same artwork of previous presses. With sleeve artwork by Yuta Matsumura and includes a lyric insert and poster by Nada Ollosp.