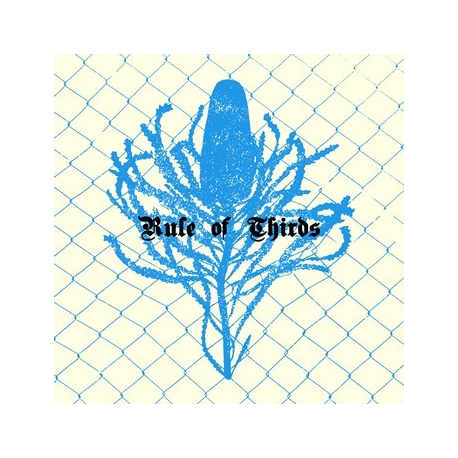 Olivier Shepard review “From the first song – the entrancing, seductive, and deliberately-paced “Any War” – the new LP comes across as a more focused, even sophisticated, affair than their two previous efforts, the 2013 “Altars” EP and the 2012 demo. The earlier Rule of Thirds material had a grittier sound – it harkened back to the early 80s L.A. deathrock of the Superheroines, 45 Grave and Voodoo Church. This new 9 song LP, however, feels more British – more in line with the nuanced early gothic rock of Skeletal Family and Juju-era Siouxsie and the Banshees. In all, this self-titled LP is as good as contemporary dark postpunk gets; it’s an essential document of modern dark music.One thing that immediately jumps out at you is how thick Rule of Thirds’ self-titled 2015 LP is on atmosphere and mood. Freya’s vocals provide the dark center to Rule of Third’s sonic conjurings: She’s a strong singer – but not overpowering – and her vocals have a slightly witchy feel; you feel like she might start speaking incantations in Latin, or more likely in a heathen and non-Christian language, at any moment. Celeste and Ben’s guitars take their postpunk-y cues from Stan Greenwood (Skeletal Family) and John McGeoch. And although Rule of Thirds, like their colleagues in Lost Tribe, are a sextet, their sound is amazingly restrained and meticulous; you would never suspect there are six humans playing here. Their gloominess is the result of a meticulous building of sonic tension and not from the blunt bashing out of power chords. Dieter’s bass and Tom’s drums provide the skeletal scaffolding around which the rest of the band weave sometimes-slashing-and-dissonant, sometimes spidery-and-melodic, guitar and synthesizer lines.”