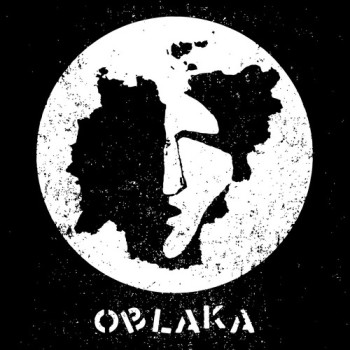 (Sorry state) Oblaka is a hardcore punk band from Yakoutsk in the Sakha Republic of northeastern Russia, known as “the coldest city in the world.” Looking at it on the map, it seems very far from anything we’d think of as a cosmopolitan urban center, but Oblaka’s blackened crust sounds like it could have come from Japan or the UK or just about anywhere else in the world. The straightforward riffs and relentless d-beating reminds me of a grittier version of Doom, but the vocals are crazier, alternating between gutteral grunts and stranger, pained vocalizations that recall the creepiest, grimmest black metal. With a runtime of only three and a half minutes, Insight is over way too soon, but hopefully this flexi is a teaser for more to come.

(Your last Rites / Best 2019) Russian band Oblaka are based in the city of Yakutsk, which is located a hop, skip and a jump from the Arctic Circle and is locked in permafrost all year round. It’s (((fucking cold))), in other words. But Oblaka’s rough-and-ready music isn’t frosty. The band’s searing Insight Flexi featured three short and bass-blasting tracks built from harsh and hoarse hardcore. It’s always great to stumble on DIY bands located on the fringes, doubly so when they exhibit such a strong do-or-die attitude