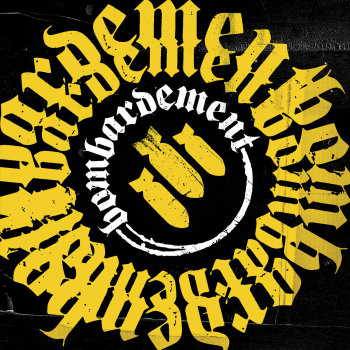 Recorded by Michol, at Void, May 2018
Mixed by Ben Jones
Mastered by Brad Boatright at Audiosiege 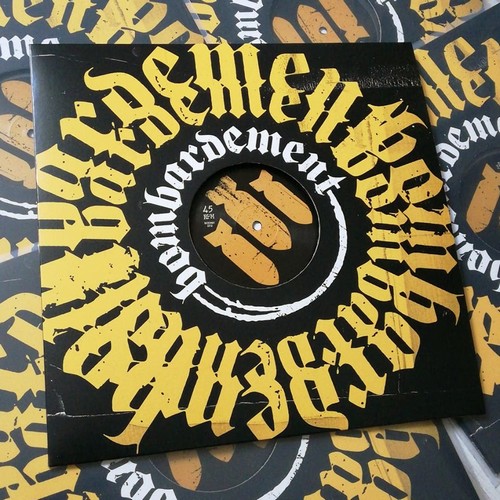 (Thoughts Words Action) It’s been a while since we covered a decent d-beat record, so today we have an opportunity to present a première full-length by Bombardement, a relentlessly genuine band from Bordeaux, France. The band has arranged to record an LP record by following their thriving Demo that has been recorded in 2016. What makes this band even more distinct and genuine is the main female vocals which are shredding your ears apart, so Bombardement appears even more appealing than any other d-beat band. The band relies on the incredible powerful riffages which are so characteristic for this remarkable genre, but the rhythm section sounds massive as well. Bass guitars are layered with fuzz or some other distortion pedal and the drums are sounding clean and brilliant with cymbals being produced so good, so every additional element of this wonderful punk band is equally hearable. Perhaps their music is comparable to the rest of the scene, ranging from characteristics of the bands such as Discharge, Anti-Cimex, Meanwhile, Disclose…etc, but the band also puts a lot of efforts in the arrangements, so you can notice some crust punk elements alongside some basics of d-beat. Chord progressions on this record are so good that you’ll be blown away by the effectiveness of the simplicity, but yet again, the strange complexity of presented compositions. This self-titled full-length is simply unavoidable if you’re a fan of the UK and Swedish d-beat hardcore punk scene with occasional leaps into some rock’n’roll and metal music. The album has been published on vinyl, but it’s also available digitally in collaboration among Destructure Records and Symphony Of Destruction, so give it a spin and judge for yourself.

(Sorry state) Debut vinyl from this French d-beat band. Bombardement takes a lot of inspiration from Discharge, as do a lot of bands these days. However, Bombardement doesn’t sound like many other modern d-beat bands. First, the recording is not self-consciously raw. This 12” has a big, clear, and modern sound that is heavy and thick without sounding polished or anything like stadium crust. Second, Bombardement seems to borrow more heavily from the Hear Nothing See Nothing Say Nothing era of Discharge than the earlier singles and Why? MLP. Just listen to the track “Greed Prevails.” The main riff is a descendent of “Drunk With Power,” which is a strange Discharge track in how the riff seems to float rather than rip, rage, or crush, and Bombardement accentuates that quality with an excellent, lengthy guitar solo section in the middle. While I love the moments on this record that feel stretched out, Bombardement can also write a grade A ripping d-beat track, as evidenced by “Wheel of Destruction” and “The Brink of Collapse.” While much of the d-beat world’s attention seems focused on releases that are very noisy and/or psychedelic, Bombardement explores a whole different corner of the Discharge aesthetic here and, in the process, delivers a crushing record.