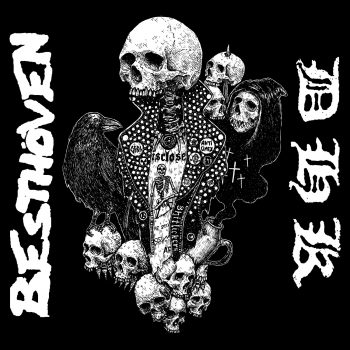 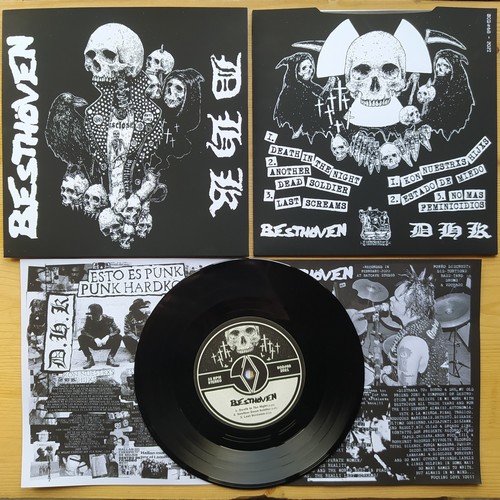 (Maximum Rock’nRoll/João Seixas) Two heavyweights from the South American punk underground still waving the black fly high. From Brazil, BESTHÖVEN is a one-man army of Dis-beat that has been around since 1990. Fofão really nails the DISCLOSE-meets-SHITLICKERS formula and has done it on countless splits (including with DISCLOSE, FORÇA MACABRA, and WARVICTIMS, to name a few), and with this one is no different. Just pure D-beat worship done with such devotion that you will want to hear the full discography. On the other side, DHK or DESTRUYE HUYE KREA, from Peru, is another ferocious South American punk demonstration of anger and power. With a not as extensive a catalogue as BESTHÖVEN, they still show their full power on this one and hold up to the challenge of being along them. South American punk is alive and well, and as long as there is corruption, there will be the voice of punk shouting back.